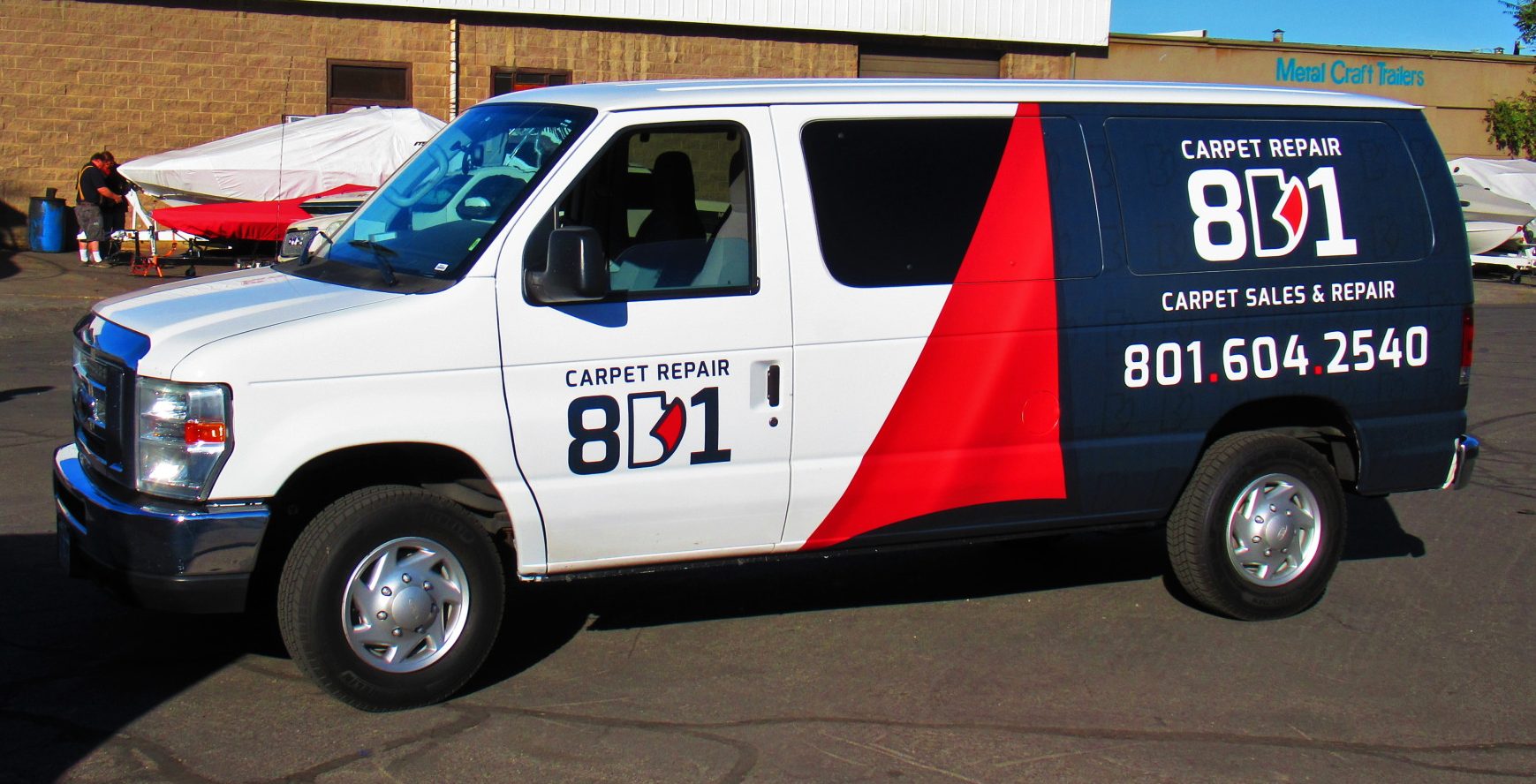 Luis Miranda, the owner of 801 Carpet Repair, came to Queen of Wraps needing to wrap his work van. Luis did not have a logo and had never wrapped a vehicle before. He wanted to look more professional while advertising his business.

Our designers worked with Luis, first creating a style guide and new logo. Using the new logo, our designers got to work on the van wrap design. Our designers created a partial wrap to stay within budget. Luis also used his new logo on some new business cards.

The day he picked up his van with a new wrap, he received 2 phone calls from people that had seen him driving around. That first call was about 15 minutes after driving away from Queen of Wraps.

Since getting his van wrapped, Luis has received at least 1-2 calls per day from people that say they saw his van and decided to call. He is confident his wrap paid for itself within the first two months he drove it around and his business has increased 59%.

Luis feels more professional when he pulls up to a job now and has received a lot of compliments on his wrap. He has also used his logo on shirts and hats so he always makes a good impression.

Sorry, the comment form is closed at this time.

Got a business but not a fleet? Not a problem! We've got you covered here at Queen of Wraps so that you can make your bold impression on the world. Thank you Lynn Huber for letting us help your car represent you and your business 😍

Got a car show coming up? Get a full wrap at Queen of Wraps to amp up your look 😎 S/O to Ernie Bliss for the sweet ride and for the opportunity to wrap it 💕

Looking for a way to help refugees? This is a great start! facebook.com/QueenofWraps/p…